Invictus by L.L. Holt (Harvard Square Editions, 2019) has been named a Finalist in the international Next Generation Indie Book Awards for 2021. Also known as the Indie Book Awards, the literary awards program recognizes and honors authors and publishers of exceptional independently published books in 70 different categories.

Holt's novel builds on the long-persisting legend that the composer Ludwig van Beethoven may have been, or been treated and discriminated against as, a person of color during his lifetime (1770-1827)

The book is the sequel to The Black Spaniard by L.L. Holt (Unsolicited Press, 2016), a novel about Beethoven's turbulent childhood.

Award recognition is nothing new to this author who has been mesmerized by Beethoven's music and life story since her childhood. Earlier, The Black Spaniard was short-listed for the GOETHE Book Awards for Historic post-1750s Fiction, a division of the Chanticleer International Book Awards. Invictus was also a Finalist for the Landmark Prize for Fiction when it was still in manuscript form (under the title, Intensia).

Holt's award is in an exciting new category designated for books that deal with issues experienced by Black, Indigenous, People of Color (BIPOC). She is currently contemplating writing a third and final novel about Beethoven as well as a fictional reimagining of the swashbuckling life story of the Chevalier de Saint-Georges, a prominent composer and swordsman during the French Revolution. 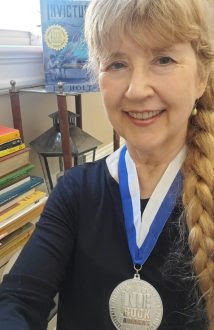 Playing the Piano with Great Pianists

No, I don't mean taking a masterclass. Or necessarily following the piano guy on PBS. What I mean is experiencing great music intensely by playing along with a recording of a great performance, even if you can only play a few scales and basic chords and can read music enough to sing in a choir.

I had a bit of piano in college, but despite an attraction (one could say obsession) that dates back to early childhood, I never officially learned how to play. I do in my dreams sometimes. Pretty often, in fact.
And lately, when I listen to great performances of Beethoven, the desire to run to the piano is almost irresistible. I wrote about this six months ago in a review of a recital by Jonathan Biss in Philadelphia. Why, I asked, don't more people run to the piano when they hear great music at home and bang out simple chords and the shapes of melodies? It's not hard to do.
While the pianist in the recording plays chords with 8 accidental-laced notes and 32nd note triplets in the upper range, why don't you trace some of the key notes on your own keyboard? You don't have to be perfect or even in tune. Just LET GO. Letting go is what makes the difference between tepid music heard at a distance and a heart-stirring musical experience that you can share with the artist of your choice.
I agree it's hard to get started. You do need to know a few pedagogical basics. And you have to stop worrying about what other people will think. Fear of people hearing us practice is the main reason adults do not touch their pianos, which are a hot link to the experience of feeling music intensely. This is for you, not a performance for others.
I have been thinking about this since the Biss concert, and tonight the impulse was overwhelming. Beethoven's Arietta, the second and last movement of his last piano sonata, had been raging in my head for days. I finally pushed back the key cover, sat down on the bench beside my laptop, and let the recording begin. After a couple of rough starts, I discovered the main notes (all in C major, thank goodness) and soon was weaving a simple echo to the pianist's masterful performance. I forgot about the neighbors, the open windows, the time. I was surrounded by music and felt I was part of the creative process. I was afloat on a sea of feeling such as I never experienced in a concert hall. It was ridiculously imperfect, but who cares? I was the only one listening and, believe me, it was the real thing. 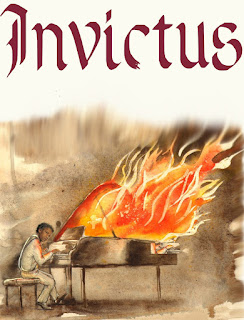 (Alternative cover to Invictus by L.L.Holt, a novel about young Beethoven's discovery of music. 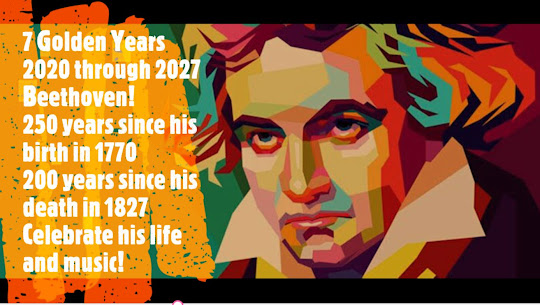 A tribute to Beethoven by concert pianist Hao Huang

Pianist Hao Huang celebrates Beethoven in this performance of the piano sonata Op. 109 (slightly edited for time constraints). Thank you, Hao Huang, for this moving interpretation.

https://www.youtube.com/watch?v=arAKdYmlKsg&feature=youtu.be
Posted by Linda Holt (L.L.Holt) at 2:33 PM No comments: 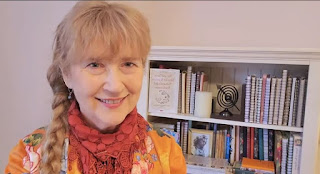 There is no doubt about it: the future of Western classical music is closely linked to the growth and great success of "art music" in China and other Asian countries.

This topic is discussed in an exciting new video produced by the Central Conservatory of Music in Beijing. I was privileged to discuss my own views on this revolutionary culture shift from counter 16:40 to 22:00 on this video, which appears on YouTube, Facebook, and the Violin Channel. Please share with your friends and colleagues interested in all forms of music as well as Chinese culture and practices.

Newspaper article on a lifelong obsession with Beethoven