I haven’t written about Beethoven in a while. I was thinking this morning that what impresses me most about his lifelong output (roughly from age 14 to 56) is its inevitability, the logical way it developed from those first songs and piano sketches to the almost unbearable intensity of the final symphony, quartets, and sonatas.

It’s mythic, as though a Vedic god or goddess stood at the peak of Mount Everest and, blowing on a conch shell, filled the valleys below with this precisely ordered revelation. The peaks and valleys of his music unfold as though planned for centuries by an Immortal Being. Beethoven’s life similarly evolves like some mythic hero destined to suffer and die for his art. Even he recognized his likeness to Prometheus, the Greek titan tortured eternally for bringing fire to humankind.

I know I get a little crazy about Beethoven. But I can’t see this inevitable, logical unfolding of music and human life in any other composer or artist. Like the heroes of the great religions, Beethoven seems to take on the sufferings of the world and offers a kind of preordained musical redemption that is satisfying both in its finality and in the way it points to greatness beyond. It is more than music. It may even be more than life.  (L.L. Holt, author of The Black Spaniard) 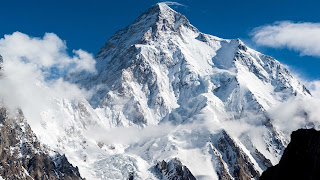