iLlyr Williams's Beethoven sonata cycle, one of the most extraordinary feats of musicianship in our still new century, had been scheduled at the Guadalajara, Mexico, music festival in 2020 as part of the composer's 250th anniversary celebration. But the global pandemic required other, more creative solutions to showcasing this rare musical talent.

Instead of streaming from an empty concert hall, the program was recorded in Williams's own home. The cozy environment (one expects a tray of Welsh breakfast tea and scones to appear any moment) provided a refreshing new experience of one of Beethoven's towering achievements. Eight videos of the complete cycle appeared on YouTube during June 2020; however, were dropped at the end of the month. There may be a still photo or two from the recordings hanging around YouTube if you search diligently.

The good news is that Wiilliams's cycle is available, audio only, in a recording made a couple of years back at Wigmore Hall. Search for "Beethoven Unbound" 12-CD set or mp3 at amazon.com or other music distributors.

Mastering "The 32" is the aim of many of the classical world's finest pianists, but Williams does more than that: he liberates them. With clarion-bright tones, a sure touch--powerful but never jolting--and a memory for every staccato dot and pedal release (impressive to a non-pianist like myself, but de rigueur for serious musicians ), the artist presents a Beethoven of intelligence, wit, and a universe of feelings: eager, bold, and mystical. 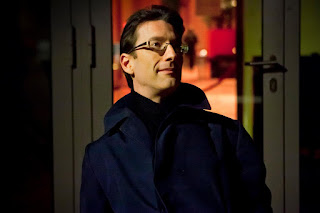 What's in the pipeline? Tea, Humanities, and something more

During the coronavirus pandemic, there have not been many opportunities for music journalists and reviewers to attend concerts and compose essays about performances. However, most writers have a few tricks up their sleeves, and I am no exception.

While continuing to teach Humanities courses at Thomas Edison State University and Southern New Hampshire University, I am working on a few writing projects that reflect my love of music, the humanities, and Asian culture and philosophy.

These include plans for a new book which weds the art of tea to the spiritual classics of China. This follows in the wake of the successful launch of my latest book, Dao and Daoist Ideas for Scientists, Humanists and Practitioners (Nova Science Publishers, 2019), co-edited with Yueh-ting Lee, Dean of the Graduate School and Professor of Psychology at Southern Illinois University-Carbondale.
https://tinyurl.com/yb4oy7xh 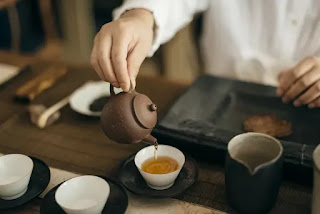 As to be expected, Beethoven is never far from my writing desk. I have a number of "Beethoven and..." articles and papers in mind, and may be tempted to pen another chapter in the Beethoven Chronicles (Invictus and The Black Spaniard). I am also planning some essays relating to music in time of pandemic. In March and April of 2020, I must have seen more operas (thanks to online archival streaming) than in the last 30 years combined, including four different castings of Beethoven's only opera, Fidelio.

While catching up, I want to express my gratitude for the judges and administrators of the Artblog emerging writers competition this winter. There was a cash prize for the top winners in art and music writing, designated, I am sure, for young people hoping to start a career. But since there was no age limit indicated, I qualified for and was thrilled to receive an Honorable Mention for writing about music; specifically, an unpublished review of the Mozart Requiem performed in Philadelphia.

At the beginning of the pandemic, many of us despaired that arts organizations--struggling in the best of times--would not survive. But the emergence of small, socially distanced groups and online streaming such as Hope@home and World Piano Day, rekindled the embers of anticipation.  At this writing I have just enjoyed Deutsche Grammophon's stream of Nine World Premieres by Dmitri Shostakovich (July 5, 2020) with performances by Avdeeva, Masleev, and Trifonov.

As business studies have proven for decades, people do not work for money alone; indeed, their greatest effort may be in service to an ideal or passion, which as often as not is an expression of artistic culture. Despite my initial pessimism, I now know that the arts will survive and thrive once more. The arts are rooted in the human soul, and no force can extirpate or remove them from their ground.

They may not immediately resemble the arts we previously knew. But like the biblical words of Handel's Messiah, "The trumpet will sound..."

And we shall be changed.

Invictus, young Beethoven's resistance to oppression and challenge to fate, by L.L. Holt

Published by Harvard Square Editions in 2019, Invictus, a fictionalized account of the child Beethoven's seemingly endless struggles against bias and oppression in 18th century Germany, is available from these and other bookstores. Please copy and paste a URL into your browser if the link is not live:

The Black Spaniard by L.L. Holt available at BN, Amazon, other sellers

Here are links to various sites offering The Black Spaniard by L.L. Holt published by Unsolicited Press.  If the links are not live, please copy and paste one in your browser.

This is the second volume of my Beethoven Chronicles, focusing on the revolutionary composer's early years in Vienna marked by triumph and tragedy.

Academia-edu today distributed my article, "Beethoven the Philosopher," published in 2015 in the journal, Philosophy Pathways. Please copy and paste this link into your browser if it does not open as a live link:

The following review has been submitted to ConcertoNet.com . I am placing a copy here temporarily until it appears on that site. Formatting instructions are for the benefit of my editor:

This, the 250th anniversary year of Ludwig van Beethoven’s birth, is not a time for timid souls.

It is a year to speak out, shout if necessary, against restrictions placed on artists, against injustice, and to express the full gamut of human emotions from sly humor to rage, from introspective spirituality to world-transforming joy. Beethoven’s 32 piano sonatas can deliver those emotions as no other music can, and Louis Lortie is the pianist to express them, full throttle and unapologetically. 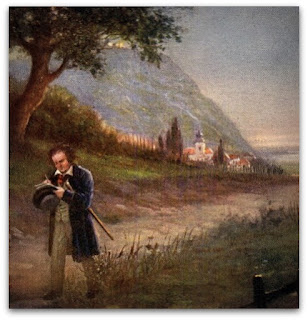 A painting of Beethoven composing out-of-doors

Originally, Rudolf Buchbinder was scheduled to perform this program of four sonatas completed in Beethoven’s early years in Vienna. The concert would represent a key place in the Philadelphia Chamber Music Society’s complete Beethoven piano sonata and string quartet cycles this season.

Because of health issues, however, the Austrian pianist was forced to cancel his only U.S. concert this season, leaving a gap for PCMS to fill. On short notice, the French-Canadian pianist Louis Lortie agreed to present the same program exactly one week later. To sweeten the deal, PCMS arranged to provide a Bösendorfer piano, an instrument not only of rare refinement, but one able to withstand Lortie’s physically demanding style.

Few would deny that the original (or period) instrument movement of recent decades has resulted in a wealth of intriguing, what we imagine as authentically replicated, interpretations of classical works. There is much to be said for this approach which proponents believe helps us hear and understand the music as it was performed 200 or so years ago, perhaps even as it was intended by the composers.

But there is also a place for a more dramatic approach which exploits the capabilities of modern instruments. In the case of the Beethoven sonatas, we may hear the music not as 18th or 19th century audiences would have heard them, but as a daring composer would have imagined if modern instruments had been available. To support this, it is well known that the evolution of the piano in the 19th century was largely dictated by Beethoven’s and other artists’ demands for bigger instruments with greater range and more expressive nuances.

This being said, Lortie’s performance throughout the concert was passionate, sculptural in the sense of shaping the sound to reflect the composer’s intent, and unflinchingly powerful, reflecting accounts of Beethoven’s own playing in his younger years. This was apparent right from the start with the pianist’s exuberant approach to the often-neglected Op. 2 No. 3, written during Beethoven’s early years in Vienna when he was still a pupil of Haydn.

We often hear this work presented as a whimsical trifle, replete with little puns and sudden but not overpowering surprises. Lortie, on the other hand, presented this work as a sonata to be taken seriously. The whimsy is there, but so is a commanding presentation amplified by the mellow but substantial sound of the Bösendorfer. The humor is Jovian, the runs and leaps of the pianist’s fingers over the keyboard are wild and untamed.

In contrast, Lortie delivered the gentle melodies of the second movement with understatement, reverence, and control. The modulation and shift in the Adagio to the <I>animato un pochettino<I> in measure 11 through the following mysterious passage is one of the most haunting sounds in Beethoven’s music, almost other-worldly. The scampering playfulness of the third movement was breathtaking, while the fourth alternated lighthearted sallies with explosive variations bursting through the straitjacket of late 18th century harmony.

Noteworthy about Lortie’s striking performance of the Pathétique was his relentless momentum, knowing exactly where this work was going and using both speed, force, and keen intelligence to get there. Of course, in this case, the journey is more important than the destination. His reading of the familiar second movement, was dynamically rich, and warm in tone. I loved the way he hung on to that final note, before taking half a breath and launching into the final movement, rife with action—flowing melodies, key changes, 16th notes flying against each other—before a dazzling conclusion.

Following intermission, Lortie played another gem from the lesser performed sonatas, the F major Op. 10 No. 2. In the first movement, Beethoven creates a musical collage of snips and bits of different themes, sometimes tied together, other times divided by the great roar of the bass notes. The main theme of the second movement rises above this sweet cacophony like a bud blossoming in time-lapse photography. The work speeds frenziedly through the third movement, ending with a dramatic dash we can only imagine young Beethoven providing with a flourish to a spellbound courtly audience.

The program concluded with the Appassionata, with its whispered opening that swells to a great roar of sound in the first movement. Again, the drive, the sense of momentum was tremendous. Here, about two-thirds of the way through the first movement, the treble arcs of 16th notes, almost like an ostinato, seemed to have a slightly tinny ring to them, but the moment passed, and in the middle movement, Lortie spun a rather ordinary melody into variations that were pure musical gold. The second variation, with the melody in the bass, always startles and delights with its fresh, unexpected simplicity. Lortie concluded the sonata with the power and affection with which he opened the program, a vision of Beethoven, not necessarily as he was heard in his time, but as the unequalled musical <I>king of beasts<I>.