Mozart's Requiem, the Velveteen Rabbit, and Recollections of the Moldau

Although it has been stitched together from odd scraps and pieces, like the Velveteen Rabbit, the Mozart Requiem remains one of the most perfect creations of man or God.

We stand in awe before it, as before Bach’s B Minor Mass or Beethoven’s Ninth Symphony. And yet, unlike those mighty works, there is something wounded and vulnerable in the Requiem. It may be because we know something about the deeply personal story behind it: Mozart feverishly trying to outpace the Grim Reaper as he struggled to meet the deadline for a much needed commission, and losing that race.

Then, his assistant Süssmayr rising to the occasion to provide a finished edition two years later. Or did he? The music is nothing like anything the acolyte produced before or since. How much of the work truly was composed by Mozart, how many of those mysterious scraps of paper with notes and instructions contributed to the completion, did Süssmayr really provide anything of substance? And what about discoveries of more scraps and hints in the 1990s, including a complete “Amen” fugue after the “Lacrimosa”?

Ultimately, who cares? Whether we hear the earliest Süssmayr version or the now more widely accepted edition by Robert D. Levin, this is music etched in the DNA of humanity. If you have heard it even once in the past, it has already taken root in who you are. It is as inescapable as eternity. 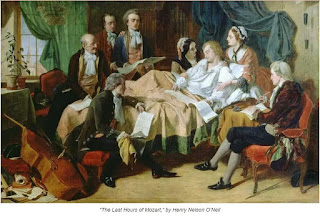 Probably the best performance I ever heard of the Requiem was in Dvorak Hall next to the Vltava River (“the Moldau”) in Prague. The year was 1998; it was the Prague Chamber Orchestra and Chorus, I don’t remember the conductor. The ensemble was small but sonorous, musically rich yet full of that spiritual brokenness that we all share with Mozart on some level. But the Requiem can be heard as a large-scale work as well, and that is what I heard April 12, 2019, as the Philadelphia Orchestra and more than 150 singers of the Westminster Symphonic Choir joined forces to produce a much larger sounding Requiem than I am used to, but one with a memorable tale to tell.

Bernard Labadie, a Baroque and Classical specialist, conducted the orchestra, while Joe Miller directed the choir, joined by four distinguished soloists. Michele Losier’s warmly enveloping mezzo voice blended beautifully with the grainy bass-baritone of Neal Davies and the bright tenor of Jeremy Ovenden. But I was singularly impressed by the pure, bell-like tones of soprano Amanda Forsythe. The pristine clarity, the sense of always holding just a little something back made her voice so appealing, so dramatically effective. There was a sensuousness about her voice that at times seemed to reach out for the words rather than simply articulate them. Her expression was sincere, a little pained, but hopeful, yes, unfailingly confident, perhaps redeemed. What a privilege to hear and see her perform so affectingly.

This may actually be the first time I heard the “Amen” that was added 20-some years ago, and it nicely stitched together the conclusion of the Sequentia and the opening of the Offertorium. The orchestra and choir provided a large, heart-stopping sound, sometimes a bit too grand for my taste, and oddly ended on a subdued note in the “Lux Aeterna.” The peroration spins higher and higher in a kind of dust devil of ecstasy, but instead of slamming home that last measure after the dramatic key shift, Labadie seems to hold back the timpani, and pull in the power at his fingertips. The audience’s failure to launch into applause seemed more tied to not being sure this was actually the end, rather than a moment of silent reverence at the completion of a masterpiece. But this is nit-picking; the performance was splendid and the composition itself, gorgeous beyond words.

The program opened with Mozart’s less than stunning Masonic Funeral Music and the popular “little g minor” Symphony No. 25, featured in the film, Amadeus. The concert was held in Verizon Hall, Kimmel Center, Philadelphia, Pa., USA. 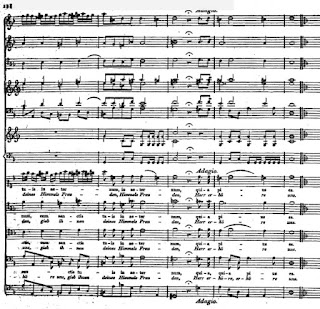 Here is a link to a half hour interview with L.L. Holt, author of Invictus, on Back Story with Joan Goldstein, Princeton TV. The interview was telecast throughout April 2019. Please copy and paste the vimeo link into a browser if the link is not working.